Was the 'Capitol Riot' really such an incredible attack?

Here is an actual page at the FBI website devoted to videos of the 'Capitol Riot'.

A person has to wonder, has anybody at the FBI actually spent any time on Youtube looking at the daily videos of police abuses?

How could any rational person consider a hillbilly invasion of a federal building, using walking canes, crutches and misspelled protest signs, as worse than the almost daily videos of police beating or shooting unarmed people and routinely lying about those shootings?

This page is in the Worldview wars section because it shows such a blatant attempt by people at the FBI to conflate facts. They want to portray a fairly minor protest as a major 'threat to democracy' because it is a threat to their power. The simple solution to their problem is to tell the truth, but that is not in their playbook. Their videos come with warnings about sensitive or graphic content, but where is that 'disturbing content'? Is tapping a police officer with a stick really a horrendous crime?

In the U.S. there are many people in prison for minimally defending themselves against attacks by police. There are almost no police in prison for violent attacks on unarmed people.

What is the FBI promoting?

Initially the media reported four, then five deaths from the riot.

One woman was shot by police

At this point, four civilians dead and no noticeable police injuries, it looks bad.

Then, suddenly, a Capitol police officer was announced to have died.

Later it would leak that he was fine after leaving the scene, but had a stroke some time later. The incidence of fatal strokes among 42 year olds, his age was 42, is extremely low. In fact so low that 42 is not on most charts that tally the age of stroke victims. 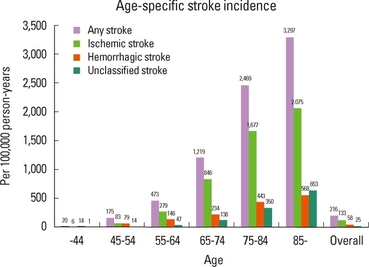 Interestingly, one of the two officers who committed suicide was the son of an influential lawyer who worked on the Church Committee https://en.wikipedia.org/wiki/Church_Committee investigating abuses by the CIA.

In fact Sicknick was 'an outspoken supporter of Trump'. Was he preparing some kind of public statement or act in support of his personal beliefs?

The two suicides also were most likely in a similar situation.

"Sixty-five MPD officers reported injuries from the attack, and many more had wounds such as “scratches, bruises, eyes burning from bear mace—that they did not even bother to report,” he said."

Which is ridiculous, of course. Police generally report roughly 65 times more injuries than they receive so its likely one police officer sustained minor injuries. It's virtually certain that once word got out that four protestors were dead and no police were even seriously injured, a call was made to drum up injuries among Capitol police. The supposed 'injuries' police are seen receiving on videos are trivial, getting maced for example, or getting poked with a walking stick.

A few weeks later the number of injured officers jumped to 140 https://www.1011now.com/2021/02/18/family-seeks-line-of-duty-recognition-for-dc-officer-who-died-by-suicide-after-capitol-riot/

Then publicity started becoming a problem. Some geriatric Trump fans push their way into a public U.S. building. Most of them are veterans. Police kill four of them.

How do you fix that?

Here is a mostly fair summary of the protest, obviously presented from a mainstream point of view, and generally including the totality of that view.

This was released roughly the same time as the 'Department of Justice' claimed to release more video https://www.npr.org/2021/04/28/991654947/new-videos-show-alleged-assault-on-officer-brian-sicknick-during-capitol-riot explaining the death of Sicknick. None of the video they release clarifies the death.

Although it is odd for a high level politician to egg on protestors, as Trump seemed to do, the bigger issue is his, and his supporters, implicit position that there are values which pre exist the political ideals claimed by the U.S., and which have authority over U.S. political documents like the constitution.

People in the U.S. are conditioned, trained, to fall back on 'constitutional' rights. The premise being that these rights come from the U.S. government or employees, 'public servants' of the government. https://www.youtube.com/watch?v=NRzDsxUOm4M

The same thing is done in every melting pot of course.

The United States has been a wealthy country for a long time. It has had the luxury of being able to purchase stability, at the expense of less wealthy entities, for a long time.

As in any well indoctrinated society, people in the U.S. have been thoroughly trained in the rhetoric needed to defend their indoctrination. https://www.askdifference.com/doctrination-vs-indoctrination/

You can argue with any mainstream political U.S. citizen and the rhetoric always boils down to a few catchphrases. "It's not perfect, but it's the best that exists" or "Would you rather live in North Korea?" are two of the most common. It would not do to defend U.S. exceptionalism by saying "It's not perfect but at least it lets the wealthy keep their wealth" or "Anybody in the U.S. can get enough money to purchase as much liberty as they want".

Trump has enjoyed the fruits of U.S. style liberty. He has enough money that he has just about any liberty he wants. Of course marijuana was never illegal for him https://www.lifeforpot.com/. That liberty is now being 'given' to others? In other words people did not have the right to use marijuana, for example, until the government gave them that right?

trump's 'extra' liberty was always with the condition that he had to serve the melting pot beast. By reaching for a ridiculous level of power, in a direct challenge to the gang that fed him, he may have put his privilege at risk.

One of the most discouraging things about that protest is that the people involved largely were led to believe that they were 'defending' rights that the government gave them. They are a few steps closer to reality than most U.S. citizens, they understand that the U.S. government is not in the liberty business, but it is defacto illegal for a group to promote that.