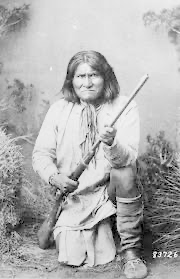 Digital currencies will change a lot of things soon, including the way corporations, countries and people work.

Artificial intelligence coins are the next big step in the digital economy. They will consist of networks that develop sciences by generating 'questions' and 'answers' using both human input and bots/software.

Numerous corporate and government entities are preparing to develop coins, and eventually most, or all, of them will become ai network coins.

There are important reasons ai networks should be built around indigenous cultures and languages, rather than corporate and melting pot interests, and this website tries to present some of those reasons.

Likewise in Australia. More so in fact.

Extermination of a conquered culture follows a series of steps in any society that has taken the land of another people and is trying to assimilate or exterminate them.

The United States, or more accurately its Western European root, has developed a series of steps which it has used in many areas to finish conquering a region. Part of this process is psychological, part military and part uses various other tools, always pretending to act for the benefit of those it is consuming.

Every single generation, since the first melting pot which allowed a survivor, has considered itself progressive, much like the first butcher who tried to find a quicker way to kill.

Every single generation says 'Now is different, we are one, not enemies', as the original part of the victim society is consumed and melded into the colonizer society.

The main part of the website encourages a kind of digital currency that is more productive and more secure than the current crop.

AI being promoted by Google and others is a corporate ploy to define 'ai' as a minimally productive combination of software development and machines that mimic humans. Real ai is something that uses new tools to generate intelligence. An effort is made here to suggest some ways real ai can be produced using the digital economy and human mining or 'taskwork'.

Cryptography has a long history of being broken. The cryptography used in bitcoin and other currencies, public key cryptography, is almost certainly broken. If spoken languages were used as an extra layer of security it would protect developing small economies from surveillance and intrusion by malicious government actors. There is ultimately no full security in any public network transaction.

Various poorly handled murder investigations are listed on the side menu

Roughly 2% to 4% of the people in jail in the United States did not commit the crime they are in jail for.

Esar Met, in jail for killing Hser Ner Moo, appears to be an example. Several other cases are mentioned too.

Several pages discuss aspects of policing in the United States, while it is still legal to discuss such issues publicly.

Psychology is central to a lot of things, but often ignored

An archetypes section lists some possible archetypes that are peculiar to melting pots. The ones listed are not definitive Western archetypes as Jung described and researched, they are only examples of how a person can look at issues by generalizing with archetypes.

The worldview war or weltanschauungskrieg section gives examples of how people who have studied the science of worldviews are taking colonialism to a new level, and using that science to eliminate emerging 'threats' from sovereign tribes. The irony is that countries like Britain and the United States are currently creating the framework which the next group of superpowers will use to subjugate them.

The endangered/extinct section is only two pages at the moment but will be expanded.

The domains listed below are free to any indigenous language coin groups, at my discretion, as that ecosystem develops.

If you have an indigenous language coin, and are interested in one of the domains, leave a comment below in the comments section or https://mobile.twitter.com/TribalCash

As of mid July 2021 all are still available.

You can also search for domains by googling "whois" and finding domains that have not been registered yet, then buying them from a registrar like Godaddy or 1and1, the two largest registrars. 1and1 and encirca list most new Top Level Domain extensions such as .exchange.

New blockchain based domains are also becoming available, but that is developing slowly. Disqus comments slow down page loading substantially, so Disqus is only on a few pages.

11% of the facts on this website are completely made up.
DYOR = Do Your Own Research