All recent geopolitical conflicts have one thing in common. Although they are portrayed as ‘one political nation vs another political nation’, the real underlying conflict is something quite different.

A recent conflict in the news involves the border region between India and China, which followed on the heels of the Indian annexation of the disputed area.

The net effect of the most recent military action in Ladakh is a legitimization of territorial claims each of the two melting pots has against other indigenous areas outside of the conflict.

In other words China and India both ‘win’.

The real indigenous targets of the conflict.

The wars are not between two nations. The wars are ruses between 'globalist' melting pot interests and 'sovereign' indigenous interests, same as all recent wars.

The two visible melting pot ‘enemies’ are actually on the same side, and their targets, local indigenous groups, have no easy defense.

'The blob' is a melting pot archetype, the notion of a single culture, masquerading as competing countries, which 'benevolently' consumes indigenous areas. It is reliably deduced from history and it's origin is a simple perversion of seemingly unrelated human ambitions. Melting pot or political interests have carefully and cooperatively cultivated this pattern of thought across many melting pot societies in history, and in each case it leads to ever growing conflicts which are resolved by 'assigning mortality' to indigenous interests i.e., killing them.

In distant history, it was necessary for an area's tribes to unite to fight neighboring tribes.

One tribe would ally with another to attack, or defend against, other tribes.

This led to bigger and bigger blobs, roaming mixes of tribes, empires hungry for easy wealth extractable from weaker societies. Those smaller tribes that had not militarized adequately usually disappeared or quickly switched the focus of their economies to military development and struggled for favors from the ruling empire blobs. 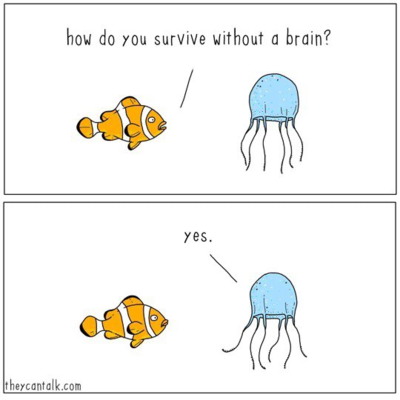 A person can easily understand the benefits of such blobs, basically "it lets us get rich and make the rules".

But those benefits have largely evaporated and there is real risk of the blob mentality leading to catastrophe if it is not stopped.

Years ago it was possible for one country to militarily conquer another. All that was needed was adequate weapons and a confusing excuse.

Most developed countries have tens of thousands, or more, of non military individuals with the knowledge necessary to create weapons that can silence a large army. The result is that empires are restricted to attacking undeveloped countries, countries with populations that can be herded into groups, armies, to fight with less dangerous weapons.

Conflicts between major countries today, when they happen, are largely formalities. The leaderships of the conflicting countries choreograph the conflict so that it will be contained, and the price is paid by ‘invisible’ indigenous groups i.e., groups which have no military or political power.

And yet, the ambition to form a conquering blob remains.

Now it is a "union" or "unified community" or whatever. The superficial ambition is the same as always, to have "our group" beat "your group", but the proponents have evolved a complex rationalization couched in benevolent peaceful phrases. They pay lip service to "tribal rights" and "diversity", but it is the same disease morphing into a new form.

So the point that has to be clarified is that the retreat to a "one world society", a blob, or collection of blobs, is not a step forward. It may offer safety in some peoples' minds, but it is the long term safety of the cemetery.

One central question is whether blobs have any genuine civilizing effect or other benefit.

Does forced assimilation lead to more tolerant people, or smarter people, or healthier people for example, anything which could outweigh the elimination of original tribes?

The political interests that support blobs would like to portray them as a civilizing factor. But the truth is that, despite creating the appearance of 'tranquil diverse melting pots', the tranquility is based on reducing the abilities and senses of their victims. The only real development that occurs within a blob is a development in the ability to forcefully 'assimilate' other cultures by sacrificing them.

It is a useful skill, but at this point it is like an animal that is starving and eats one of its own limbs. It may have been the right decision at some time, but it is neither wise nor sustainable long term.

Melting pot leaders have created an elaborate fictional paradigm in which, for example, this or that culturally dependent 'civilized behavior' is the true test of a human being's development. As each fiction slowly gets washed away by fact it is replaced by new more complex fictions within a less diverse ecosystem.

A person can justify literally anything. You can go door to door shooting dogs and if somebody complains, as long as you have the best gun you can say "I was just killing fleas."

The best guns are not in the hands of 'government', though, and it would not be wise to encourage people to get on government bandwagons, joining crusades to absorb and assimilate and create ever more elaborate fictions.

The natural truth, which survives all blobs, is that indigenous people and cultures have important things that do not survive the melting pot, and at some point there will be a mad, desperate scramble to save the remaining indigenous societies and revive those that are at extinction. It won't be the polite, tolerant respect for diversity of today, it will be a whole host of emergencies that cannot be solved by melting pot people and their paradigms.

The net effect of melting pot national ambitions continuing into the era of widespread scientific knowledge will necessarily be a new cycle of ‘tribal’ style warfare which will continue until the destruction forces peace. There is no need for it.