Traditional indigenous societies develop archetypes that become the roles melting potters try to fit their lives into. The nature of living in roles, being a product of the melting pot, creates something that necessarily will make melting pot ai dangerous.

There are two possible centers for the development of ai as people start exploring space and a vast amount of new real estate opens up.

The shift from corporate / melting pot centered ai to indigenous centered ai will occur eventually for any of several reasons, including

a) At some point the danger of corporate / melting pot ai will be obvious to enough people, or

b) At some point the benefits of ai networks built around indigenous, isolated groups will simply make corporate / melting pot ai irrelevant, or perhaps

c) some other reason.

This is a guess at how the shift might eventually occur, from melting pot centered to multiple traditional indigenous ai centers. 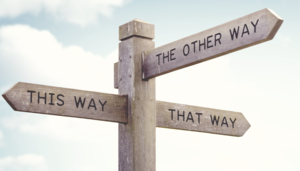 1) a) As of 2019 there are a few basic coins that try to incentivize people to create 'simple software' that will 'do something' like pick stocks. Numerai is an example but there are several.

These coins get an individual to create a simple formula that can be used again and again, adding the variables of the day each time, but which will 'prioritize' whatever variables might influence stock picks, for example.

b) There are also a number of 'human network' coins, usually in the form of games.

Huntercoin was the first of these coins. It's significance to the development of ai, and the possible political implications, were obvious to a lot of people. The main person pushing that forward died suddenly just as the coin got traction https://cryptocurrencytalk.com/topic/5681-sad-news-mikhail-sindeyev-thecoder-has-died-suddenly/ and development slowed to a crawl, with Huntercoin eventually being largely abandoned by most people, and evolving into another more commercial gaming coin.

2) a) Companies like CrowdFlower have, in the past, created jobs online by centralizing access to some task work, typically things like solving captchas. A person would sign up, log in, then sit at their computer doing some menial task which would pay in bitcoin. This was a significant factor in the early popularity and promotion of bitcoin.

Soon larger companies will open up this lucrative market and create a substantial global marketplace for online work. This field has been wide open for a long time. The first, discreet steps by large corporate and melting pot governments to gain an advantage in ai are likely to be secretive attempts to gain large user bases of loyal microtaskers. Companies and governments that are prepared in this way will have less distance to travel when the shift to ai networks begins.

b) Contemporary with those micro tasking sites, i.e., soon, will be coins that do the same, but they will be highly specialized and the 'payment', i.e., the coin, will be volatile. The first well made coin to do this will probably create a lot of millionaires. There have been several coins that appear to have tested the market, but folded for unclear reasons.

NeuCoin is an example. It showed that a coin can pop up and quickly gather thousands of unskilled microtaskers working at clickfarms in developing countries. It then disappeared.

These will initially be like centralized versions of Huntercoin, but with some more lucrative focus. Eventually they will evolve into coins made to develop sciences. The smart start would be to begin at that point and let others play catch up.

c) It's anybody's guess if projects like https://basicattentiontoken.org/ will overlap with microtasking. Both seem to target a similar user but a proprietary browser could be a backdoor to quickly onboard a large number of microtaskers.

3) As soon as there are several corporate / melting pot coins, the first of the obvious hazards to develop in this kind of ai coin, widespread social instability, will appear.

"Videos circulating online showed inmates at the prison celebrating as they kicked decapitated heads across the floor. Reuters was unable, however, to independently verify the footage."

"Elected on a tough-on-crime message, far-right President Jair Bolsonaro has benefited from a sharp drop in homicides so far this year. Nonetheless, endemic prison violence has been a stubborn public security challenge in one of the world's most violent countries."

"Brazil's incarcerated population has surged eight-fold in three decades to around 750,000 inmates, the world's third-highest tally. Prison gangs originally formed to protect inmates and advocate for better conditions, but have come to wield vast power that reaches far beyond prison walls."

Competitiveness between these coins will be far greater than has been seen in politics in recent centuries, but with none of the controls that have limited violence in the political world. So, for example, the United States was able to 'develop' Latin America along certain lines, while limiting the resultant violence to Latin America. Coins will not have those political boundaries.

There may be a brief period when the violence is minimally visible, but within a short span of time assassinations of key figures in ai coins and sabotage of competing societies will be commonplace. This will probably develop into all sorts of complex intrigue, comparable to the spy games between various countries in the 20th century or palace intrigues in previous centuries, but much more sophisticated.

If indigenous coins have started by this point those which have secure physical boundaries will quickly figure out the obvious defense and their territories will be relatively safe. It would be wise of any melting pot to establish indigenous sovereign economies around themselves so their populations have a path forward from the instability.

If this violence steadies at a level that is sustainable, and it probably would, indigenous coins will start gaining their first advantage and should become dominant in some respects, but without the 'desperate ambition' of the corporate / melting pot government coins. At this point the leaders of indigenous groups will realize that it would be harmful for them to self federate, and they are likely to maintain distance, aside from commercial interaction, with corporate and melting pot groups filling the vacuum between the various indigenous territories.

A social issue that is likely to develop at that point is the appearance of 'economic inferiority' or 'instability' in the corporate and melting pot societies, comparable to the roles of the previous few centuries, but with positions reversed. This is one of those things where the reflexive response by melting pots will be to throw gas on the fire. Entirely predictable but probably unavoidable.

By the time that process has developed substantially, maybe 20 or 30 years, maybe 100 years from now, an important variable will be the extent to which corporate and melting pot governments have developed space survival and travel.

The main ‘driver’ of this violence will be ambitious melting potters created by nationalist corporations. The past comparable corporate entities are easily seen as ‘harmful’ by most people, but their modern incarnations have the same appeal to rudderless young people who are eager to ‘belong’ to a powerful entity or group i.e., a replacement ‘family’ which can make them powerful relative to others. As a group they are blind to what they are doing, a blindness enforced by their ‘leader friends’ who are blind to the same things.

The only solution to this rapidly developing problem is numerous secure indigenous areas protected by hard borders. The long term effect of course would be indigenization of previously ‘federal’ societies. This is the only intelligent option and expanding into outer space will make it obvious.

The United States is the main, and most powerful, meeting place for East and West, and whether or not the United States rapidly cedes fully sovereign land to indigenous groups that preceded it will determine how bad things get. It’s very unlikely the United States will do this until the full price is very visible.

4) Once there is some access to "outer space" territory there is likely to be an increase in competitiveness for the limited territory that is easily available, which leads to the first easy chance to prioritize indigenous coins. When a number of complex networks have developed it will be clear to anybody that sciences that have 'urgency' are best developed by indigenous isolated networks. There will be no dominant government or corporation at this point unless the violence has eliminated all of the challengers to one corporation or melting pot,  but that tragedy is very unlikely. Hopefully, if there is sufficient education, key players in the corporate / melting pot economies at that point will find a way to shift control of that economy to scientific motives, while putting the collective group of indigenous economies in a superior position with regard to dangerous technologies.

5) At some point, maybe in a few hundred years, sufficient space will be available and accessible off planet earth that a whole range of behaviors will change. This will be comparable to certain stages in human evolutionary past, but there will be quirks of psychology, not easily visible yet, that will have implications for coins and science that are difficult to guess. Any person interested in researching this could start with the intersection or overlap between Jung’s ‘Temenos’ and Tibetan sciences which led him to develop that concept.