Because the words ‘DNA evidence’ carry a lot of weight with the public, and because the prosecution said DNA evidence proved Esar Met was guilty, this page will clarify the actual DNA evidence in that case.

Here is a case in which prosecutors had DNA proof that a person was not guilty, but put him in prison anyway.

Notice the reference to "a full confession" in that article. When police force a false confession they often cling to it no matter how much evidence there is that the confession was the product of police misconduct.

The Esar Met case is very similar, in that prosecutors had strong DNA evidence pointing to another person, roommate #1, but went ahead with the prosecution anyway, in part because of the awkwardness of admitting that they coerced a false confession from the wrong suspect. 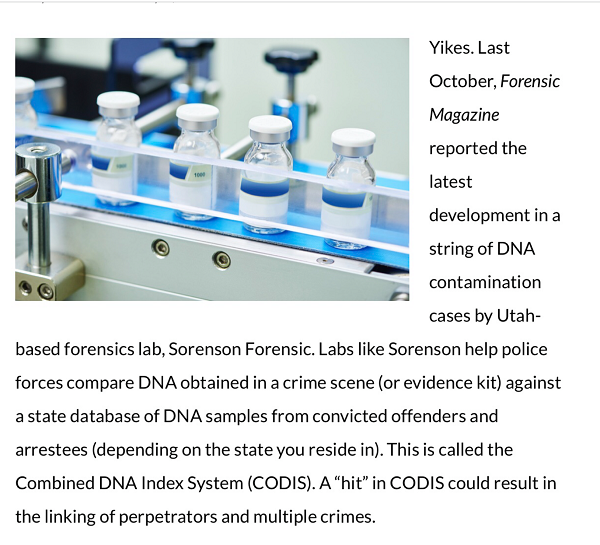 The page is not complete yet, but lists the main items the prosecution used to deceive the jury and the public.

1) The only DNA found near the body was from one of the roommates and an unidentified male. There was no DNA from Esar Met found. This DNA evidence was ignored at the trial.

The fact that there was a sample of Hser Ner Moo’s blood mixed with DNA from somebody who was not Esar Met should be a pretty big red flag that investigators are hiding, or ignoring, something.

There is additional strong circumstantial evidence against that roommate.

The really terrible aspect about this 'roommate DNA' involves the lab changing their reporting standards before the trial to make it appear that the roommate's DNA was only found in one sample mixed with the blood of the victim.

This is discussed on another page and crosses far into the territory of criminal misconduct by the prosecutor.

2) The prosecution claims that Esar Met’s DNA was under Hser Ner Moo’s fingernails.

The lab was given her fingernails from both hands and Esar Met’s DNA to compare.

The actual lab report says DNA from the right hand was insufficient for YSTR i.e., male DNA testing. There was sufficient DNA though found under the left hand fingernails of more than one person. Esar Met’s DNA was not among those people according to Sorenson forensics the first time the two samples were tested.

There are indications that people at Sorenson Forensics may have given the prosecution an unethical ‘assist’ with this and other forensic evidence once the prosecution realized they had no real evidence, and that they then received substantial compensation from people in the U.S. government in the form of a lucrative grant that was arranged shortly after the conviction.

That is discussed elsewhere.

3) The supposed blood stains on Esar Met’s jacket were not found until long after the prosecution realized it had no real evidence against Esar Met, but plenty of evidence against at least one of the roommates.

There are a lot of problems with the bloody jacket, including

a) A small droplet dispersing into 4 smaller droplets when falling on a very porous surface like denim is unlikely.

If the blood were on the jacket i.e., not planted, then it would have dispersed before it hit the denim.

In other words the jacket would have been horizontal, parallel to the floor when it was deposited, so he would not have been standing up.

b) At the time of the arrest, and for long after, the stains were not noticed by anybody. If he had been the killer the blood would have been recognizable as blood i.e., it would have been fresh enough to be identifiable, especially if the initial droplet was large enough to disperse into smaller droplets.

c) The forensic technician who ‘found’ the blood on the jacket later expressed misgivings about the prosecution and provided the defense with evidence that could have been exculpatory.

4) The murder was portrayed by the FBI and police as a ‘child rape’, in other words a sort of sex crime. In a sex crime when the public is told ‘there is DNA evidence’, usually the prosecution is being honest about that.

This issue isn't entirely clear, because the Medical Examiner initially did not find any evidence of sexual assault, so the Prosecutor had his own expert examine the body and that expert found evidence of an extremely violent sexual assault. Which is true?

The public was given various explanations why no DNA was found which would prove a sexual motive. But the jury was never explicitly told the truth, instead they were carefully deceived by the prosecutor with assistance from several police and FBI agents.

The injuries were nothing that would resemble a sex crime, rather the injuries showed that somebody may have tried to stage a morbid variation of the appearance of a sex crime by violently stabbing the body in the genitals with an object.

The police were given this information immediately, but as the information passed through each person it was like a game of ‘telephone’ where the ‘facts’ would change slightly as they passed from each person to the next.

Medical Examiner to Sergeant “The body has been grotesquely stabbed, probably with a hard metal object”

Media person to public “This was a sex crime”

The police had plenty of evidence, from the very start, pointing to the crime as having been motivated by ethnic tensions between the roommates, who are ethnic Karin, and Esar Met, who is not. In other words the initial injury and death were simply caused by an adult who lost patience with a child, but the ‘child rape crime scene’ was then crudely fabricated with ethnic motives.

Once they realized they had arrested the wrong person, the media had already started clamoring about how late the Amber Alert had been issued. Then the media started talking to neighbors and contradictions in the police version started popping up.

At that point the police had already told the public that Esar Met had confessed.

Anybody is welcome to ask questions on the TribalCash Twitter page. The Twitter page is still up but not checked regularly. Anybody can ask any question on Disqus below. 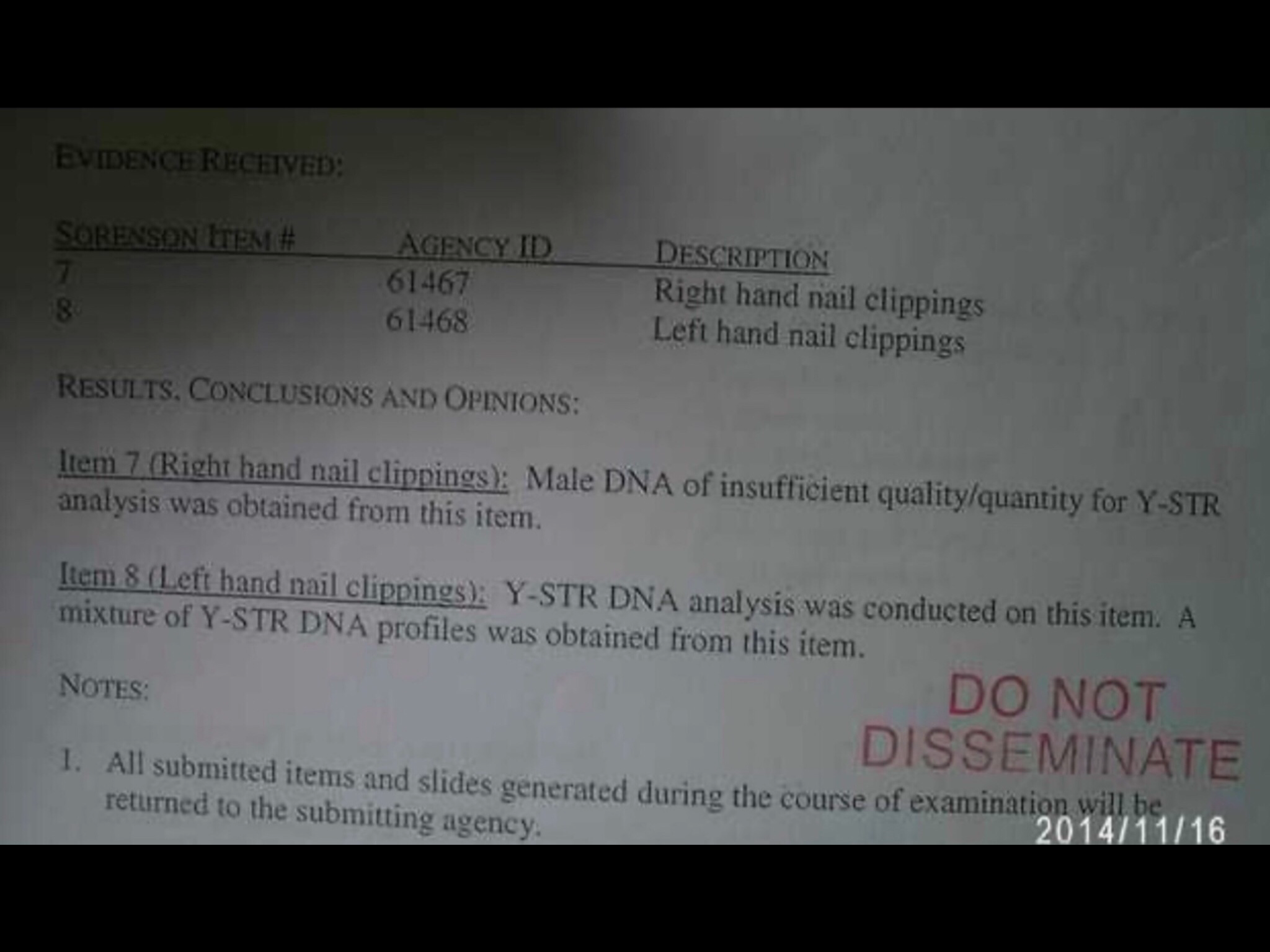 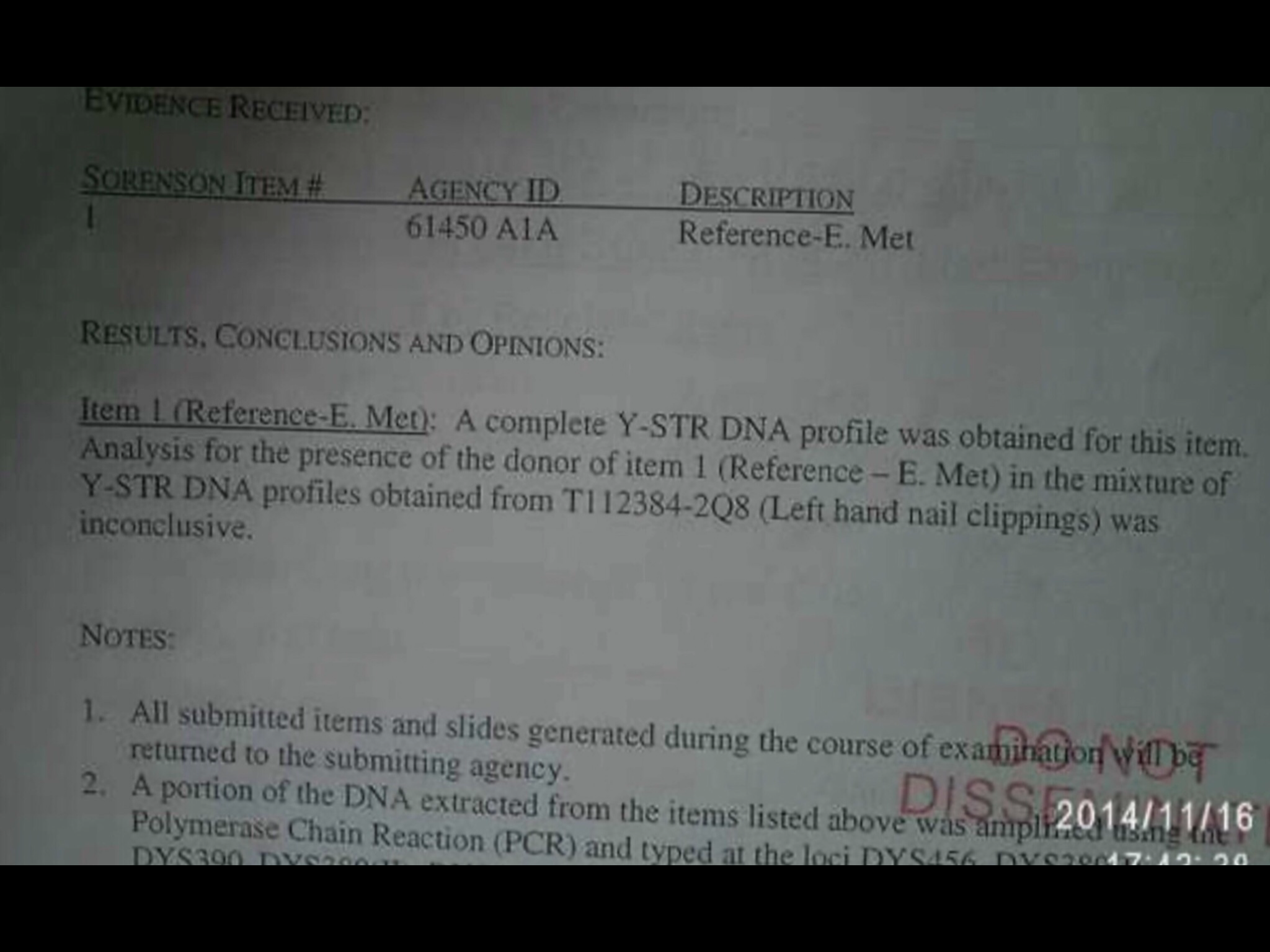 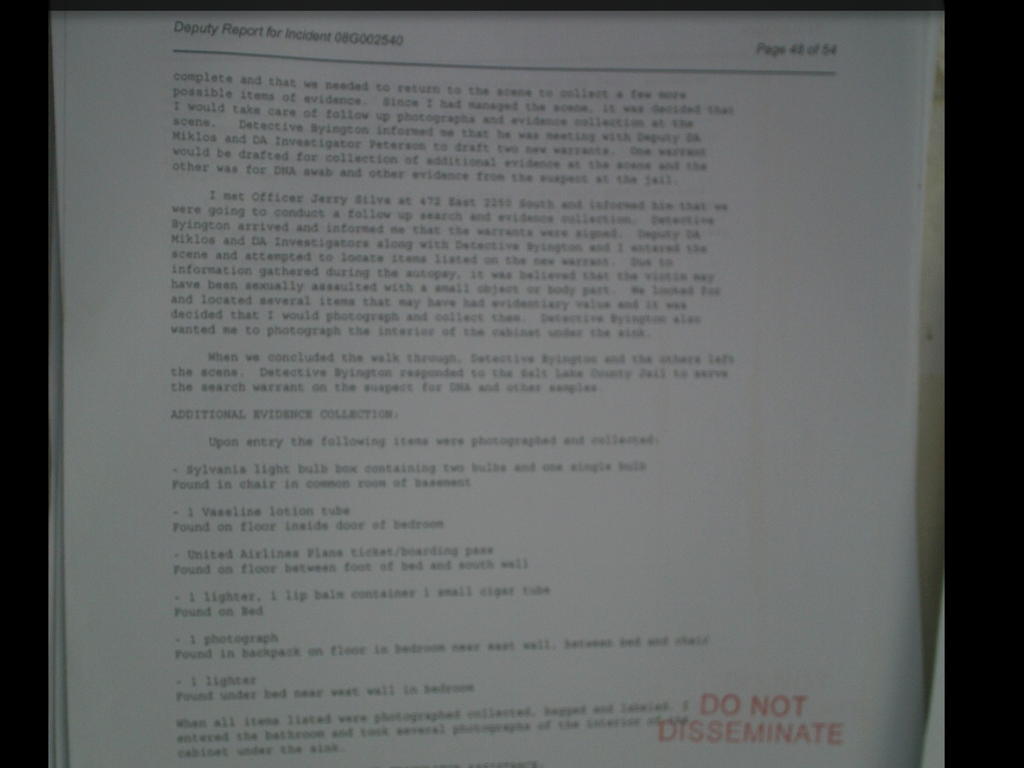 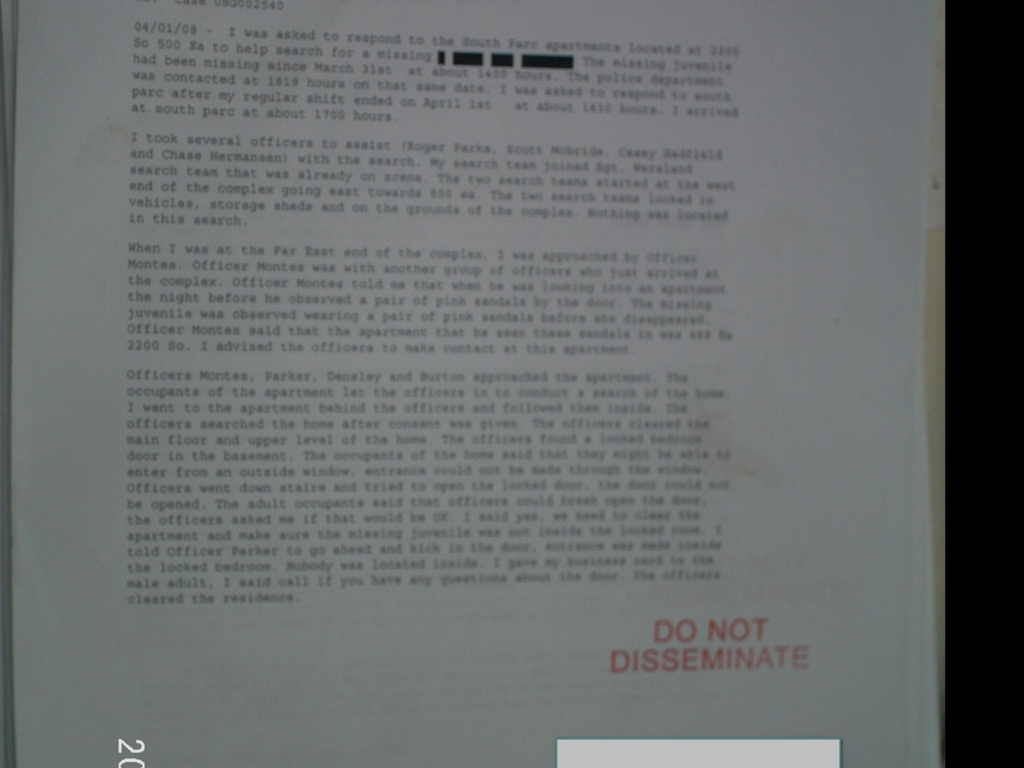