This page will list new variants of old weapons which appear to be developing rapidly.

It isn't clear yet if that incident was the result of a 'new' old weapon, but it's possible it falls into the biggest category of such weapons, the 'directed energy' weapon. 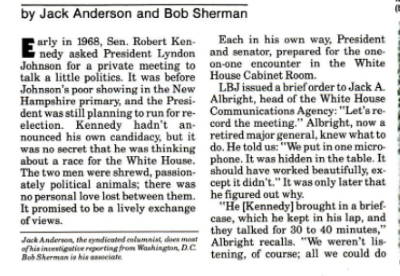 This is an immense category with all sorts of weapons. 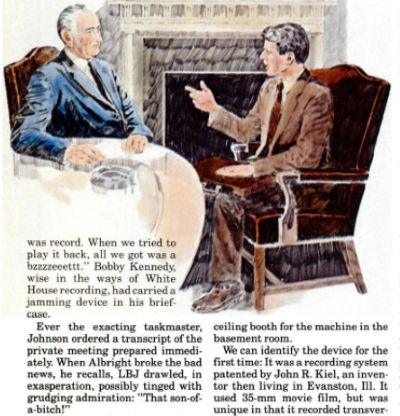 There are highly secret gadgets used by police in many countries which depend on the abilities of these weapons being secret, so public discussion in these countries, including the U.S., is limited.

How extensive this enforced ignorance is, in the U.S., can be judged by looking at the visibility of fairly simple tools like parabolic mics. Although these have existed for many decades and are not secret, law enforcement uses them extensively, and aggressively avoids public discussion of them. Something that will come back to bite the U.S. as it loses power on the global stage.

Decades ago there was publicity about the 'electro magnetic pulse' released from nuclear bombs. This became supposedly less of a concern after new types of electronics were developed, but in truth it opened up a whole new field of weapons which will be getting publicity soon.

The implication, of course, was that no electronic device was safe from such interference if it were in line of sight of such a weapon. Any airplane could be brought down, any electronic control of any device stopped, etc.

This would have been the end of the global weapons industry if it became public at that time, and the only reason it will become public soon is because the various parties which shared the secret will create enough mayhem that it will be forced.

When a few countries were aware of these weapons, their inner circles included people who had strong motivation to prevent their use, because it interfered in other interests of theirs. With this motive in decline it is only a matter of time until private development of this weapon begins.

A lot of propaganda tools are used to prevent the public from interest in this sort of weapon, very similar to how the public was discouraged from understanding the simplicity of nuclear weapons. It's very possible that 'laser strikes on airplanes' are exaggerated as a part of that propaganda.

Once these weapons burst onto the public consciousness it's likely air travel will become too dangerous to continue in many areas. The one positive factor is that many focused energy weapons disperse, unlike a laser, and cannot be used over long distances, though military R&D has solved that to some extent.

Because this type of weapon can 'cancel' most electronic devices it is a significant industrial sabotage threat, and is likely to contribute to the decline of melting pots vis tribal economies.

A hint in Russian media involving these weapons, but no mention that they have been developing for many decades, and it is only strategic courtesy which so far has kept commercial planes and other large electronic devices functioning.

2) Governments have been secretly studying genetic bioweapons for decades

Other countries as well, but even more discreetly than the U.S.