This is a melting pot archetype that has evolved recently.

In the past racists have been perceived as being against specific races, against change etc. In the recent past, racists who have faced pressure from 'progressives' have shifted to 'defending their race' rather than attacking another race, mostly out of practicality. 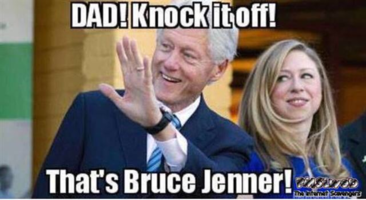 As more people understand the importance of discouraging the 'melting pot' mentality that has devastated so many groups, the defensive racists should find themselves aligned with a more progressive group of nouveau racists who don't have anything against any other groups.

Nouveau racism is the same as old world progressive resistance to assimilation, but because of all the harm done by conventional racism, and the melting pot reactions which caused even more harm, it may be better to articulate a new type of progressive discrimination.

Another way to look at this is to take the side of reactionary nationalists, white supremacists, etc.

Anybody can see the flaw in their arguments, but there is, as always, another side to it.

'Nationalists' who argue 'against' refugees etc are taking the position that 'diversity' should be preserved, and races kept separate.

The speech and tactics that lead them to be defined as reactionary make it clear that their ideas are descended from 'slaveholder' types though, and not from any philosophical attachment to diversity or the integrity of their group. In other words they are not some 'indigenous white tradition trying to preserve itself'. Rather they are opportunistically trying to minimize the cost of past profits they have reaped.

Very few of the people who eagerly pillaged indigenous societies did it with the thought that eventually their 'domestic human pets' would learn the local language, dress well, study etc and become on par with the established crew.

So where, on the melting pot spectrum do these people fall, and what should be done with them?

They, or their philosophical ancestors, played their role in history. They are generally vilified at the moment, but just as slaveholders existed, so too do extreme nationalists defending a fictional nation, a fictional tribe.

When slavery ended, the slaves, as inconvenient as they may have been to the 'status quo', were not minimized, nobody pretended they didn't exist, and likewise people shouldn't imagine reactionary extremists don't exist. Their beliefs and prejudices, though not rooted in the interests of any real society, do make a good foundation for the restoration of indigenous rights and space, including their own. The dilemma is in helping them understand where they are in fact indigenous to. A white person defending his European cultural indigenousness to North America is bumping against facts. It must be made clear who is actually indigenous to an area.

So the nouveau racist, who supports indigenous societies on numerous grounds including basic ethics, should promote the philosophy but not the tactics of reactionary nationalists whose motive is inferior, an ambition or fear. As things go, of course, there is little danger in reactionary types as long as they are not marginalized nor minimized.

The era of the melting pot should give way now to restoring traditional societies, even if that means the conquerors will have a little less control and power over the “primitive” provincials.