Individual Items are not necessarily sequential. This roadmap tries to fill the gap between the current global economy and the most likely next type of economy. There are many other ways to get to the same endpoint but this roadmap guesses one possible sensible path.

The roadmap has three phases.

1) Britain and Scandinavia will eventually be recognized as the furthest west 'Caucasoid' or 'white' indigenous areas, including for languages. The price of this may be high. This will be a result of Asia overtaking Europe and its colonies economically.

2) The Americas will be recognized as the furthest east 'Mongoloid' indigenous areas, including for languages. As the colonial mentality decays more people will see Native Americans as 'extreme East Asians' and global politics will reflect that. 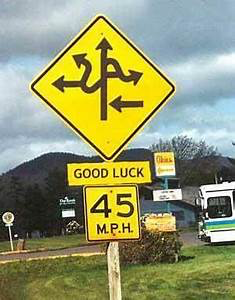 Currently governments push society in the wrong direction, for political reasons. There is no question about whether nature will fix this.

Colonial areas should provide secure territory with 'hard boundaries' to any indigenous people they displaced. This would be the most sensible outcome, but the likelihood that it would succeed longterm drops as time passes.

The fictional 'reservation' territories established in the United States will continue losing credibility until an honest solution is offered.

1) Over the next 5 to 20 years there is likely to be a rapid development in the basic infrastructure needed to develop ai coins.

Within that 5 to 20 year timeframe, or perhaps shortly after, it will probably be clear to almost everybody that the earth is not going to be 'continuously habitable' for large numbers of people much longer. Futurists have been mentioning this dilemma for generations, and various harmful solutions have been tried, like China's one child policy, but soon the problem will be a reality.

At some point there will be a mad race to salvage what can be salvaged. There are some people who consider weapons proliferation or increased co2 in the atmosphere to be emergency issues, but not many who see either as a final issue for the planet. Once 'a final issue' is visible to enough people, industrial decay will begin.

2) If 'basic' scientific advances allow for a stable political environment in that time, i.e., if there is adequate distribution of commodities like food, there is likely to be an international focus on sciences that would facilitate survival in a new environment for as many species as possible.

One problem that can be anticipated is that to maintain the tension needed for ai coins, there will need to be 'a competitive environment' between tribal groups, i.e., those groups not acting towards a common cause. Throughout much of the 20th century there was a balance of tension between the U.S. and U.S.S.R. that allowed some development, but trying to continue developing sciences through the tension between 'empires' or 'colonial powers' i.e., melting pots, would be the height of stupidity at this point.

There is no doubt that ai networks built around ethnic groups, languages, is the only survivable option. The biggest danger is that colonial powers will make last stands to finish consuming their victim groups, trying to make one last push for colonial consolidation. This will probably end in the destruction of some major melting pots, but at any time before their destruction these melting pots may have opportunities to pay their colonial bills properly and survive within the context of their victims' societies.

3) At some point, either by rational analysis or as the result of political instability, political power will shift away from 'empires' trying to 'possess', and towards tribal groups competing more substantively.

Melting pot societies have created a vast population of people who have no tribal identity, or who identify with a fictional tribe, some derivative of a political entity. Once there is physical space for tribal groups to exist without threat from tribeless people, then tribal economies will flourish and tribeless people will have a 'federating' role in society.

Part of the problem for melting pots though is that the 'science' needed for their survival will not be available to them while they continue their melting pot phase. At some point melting pots will have to either retreat and survive diminished, or make last stands and be fractured into smaller and smaller pieces until they are harmless.

Once there are a) established tribal economies, whose ai products will be created by their 'currencies', and b) non tribal economies, analogous to federal systems, there will develop naturally some more functions for the economies outside the tribal ai coin economies.

In other words any substantial ai part of the economy will be proprietary to tribal economies, both because they will excel at it and for safety's sake. Corporate and melting pot ai will be dangerous, fatal, to corporate and fiat societies.

The rest of the economy, what exists between tribal economies, will need some function.