Archetypes & Symbolism in the News

A collection of examples of archetypes and symbols as they appear in news articles. 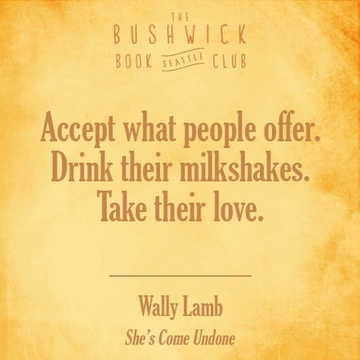 Unlike tribes, countries are abstractions of course, constructs that only 'exist' to the extent that people agree and believe they exist.

One of the oldest tricks political gangsters use to promote allegiance to artificially created counties is to personify them as parents. Wise entities that one does not understand, because they are so wise, but which can be trusted, because they are your parent, which they are not of course.

The 'fatherland', the 'motherland', 'homeland' are all manipulative words concocted by political spinsters to manipulate people into allegiance.

In all colonial languages there are many variations of these terms.

When Europe formed the European Union there was a lot of the filthiest manipulation involving words in each of the languages spoken in that region, but it was very one sided. The people who would profit from the union were well funded, well educated, etc, they owned newspapers and media outlets.

Now, with various countries seeking exit strategies, how to leave the political union without too high a divorce bill, the various tactics used by the initial manipulators have been assimilated, in an abstract way, by all sides.

Because the techniques were not well articulated in common language, in other words there wasn't really a vocabulary around the techniques, they were assimilated quietly, discreetly. People noticed a technique, felt an emotion regarding it, but did not discuss the technique simply because there weren't words that existed which referred to it. They would first have had to make a page like this to explain what they were talking about, and they would lose most of their readers on the first paragraph.

Milkshakes are a common slangy reference to maternal support or influence, whether positive or negative.

In a melting pot there is always developmental confusion among the victims, in other words a signature of the melting pot is the confusion of its citizens over their developmental level. A person might be 20 years old but 'society projects onto that individual' a significantly different age, and because melting pots encourage roles, that 'projected' age is internalized.

Milkshakes are an obvious reference to breasts in the images to the right. 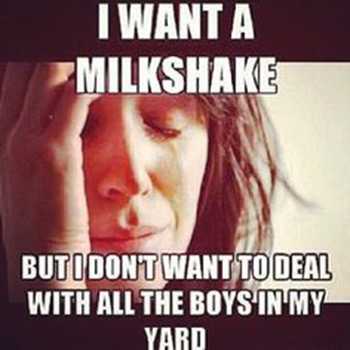 The top image does not deliberately try to mock the common developmental confusion, it looks like the person who wrote it genuinely feels somebody who offers a milkshake is offering affection. Ironically, they would be right in a very primitive society.

The other images refer to 'boys', rather than children. Milk is for children of course, not specifically boys. The obvious reference is the common sexual focus on breasts in any melting pot, a sign of growing developmental confusion.

Breasts are an obvious sign of physical breeding and child raising ability in a woman, and correlate to attractiveness, but an adult drinking milk, or anybody using milk as a lure for one gender, is encouraging pathology.

Tomatoes have always been a popular option for people looking to throw something at a visible target. They produce a quick red stain that serves as a warning.

In the Brexit discussion tomatoes have been partially replaced by milkshakes, as the following articles show. Instead of a 'harmless warning' from a tomato, the target gets a maternal mocking.