He was convicted in 2011 and some of the victims received settlements.

As the city was trying to defend itself against lawsuits, it accused one of his victims of 'bribing' him by giving him panties.

He was jailed for a while, then quietly released in 2016.

Obviously he got much less punishment than a non cop would have gotten.

Can San Diego look forward to brighter days ahead?

"Henry Hubbard Jr., a 30-year-old “supercop,” was viewed as exactly the kind of officer capable of capturing the rapist who had been terrorizing San Diego for months. A former minor-league baseball player for the San Diego Padres, he starred in a local TV documentary, The Making of a Cop, in 1987. "

Uhm, 'Supercop' Hebert Hubbard eventually got fired as a cop about 26 years ago for being that serial rapist. According to an latimes article written in 1992... 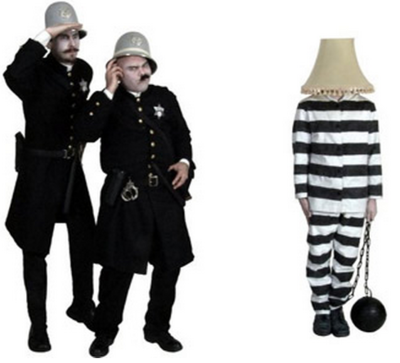 "With 360 days already served and 180 days credit for good behavior, Hubbard will serve at least another 27 1/2 years in state prison."

Is that unique to one big city in California?

Monica Cedillo wanted her daughter to have good role models, so she got a job as a dispatcher for the Oakland police department https://web.archive.org/web/20180301094609/https://www.ktvu.com/about-us/henry-lee/parents-of-teen-at-center-of-police-sex-exploitation-scandal-want-whats-best-for-daughter .

Numerous police officers from the Oakland area then had sex with her underage daughter, coaching her on how to be a prostitute, even giving her a heads up when they were going to arrest prostitutes in an area where she might be.

The first reports said only one officer had sex with her. Then it was reported as three. Then "at least a dozen". Then two dozen.

Most of those police officers have not been named publicly yet. Were they an isolated group, acting in secrecy?

The Oakland police department was under federal oversight at the time and was applying to have oversight removed. The federal overseers covered themselves carefully after the fact.

"...announced that Oakland Police Chief Sean Whent had resigned for “personal reasons.” But the Express, relying on police sources, revealed that Whent was actually fired for mishandling the sexual misconduct investigation. According to the Express, Whent’s wife had communicated with Guap on Facebook, and both she and Whent knew that Oakland officers were having sex with Guap months before the OPD’s internal affairs division opened an investigation—but took no action. When Oakland federal monitor Robert Warshaw caught wind of this back in March, he ordered the officers investigating the case to report directly to him, and not Whent."

In fact, it is safe to say that in addition to the roughly 30 police officers from various departments who were having sex with the girl, probably hundreds of police officers were aware of what was going on and did and said nothing.

The obvious question arises, how do you assemble a group of people with such a consistently low standard?

There is, very rarely, the occasional Serpico or Huff, but in almost every case ultimately the complaining officer is removed from his or her police job and the accused officers are exonerated.

In every other occupation there are numerous people who step up and try to clean the filth, but among police officers any individual who steps up, like a Serpico, is usually dealt with quickly.

Sometimes police do lose their jobs though, one example https://www.riverfronttimes.com/newsblog/2017/12/13/st-louis-police-officer-demanding-sex-knew-exactly-what-he-was-doing

Kyle Scarber was a high level California Highway Patrol cop. He was successful in his job, until his son was accused of a violent rape. He was then given a pension of $125,000 a year.

He helped his son escape to Mexico, and got sentenced to probation for that. His son went to prison for a long time.

There seem to be a lot of unanswered questions in the case, and in the past police have given themselves the benefit of the doubt when there were questions.

In this case, like a lot of cases, it's hard to know for sure what the actual truth is. Was the rape victim actually in a relationship with the rapist? Was there a political element to the trial?

"A CHP internal affairs memo about Kyle Scarber said the victim indicated she would recant her testimony because she was being intimidated by the Scarbers".

Whatever the truth is, as more and more cops, and their families, start losing the immunity that police have long had, there will be more and more pressure to civilize the legal system.

I sent a text message with a link to this video to somebody. A few minutes later some dumbass cop that was reading my text messages posted the following.