Algeria is an important example of a step in the melting pot.

It was a French colony for a long time, until it fought for independence. In France, Algerian populated areas are considered less civilized by some people, foreign.

~
Algeria's history should be a caution flag to modern politicians.

The French paid a heavy national price for that colony, and ultimately it may be seen as a major cause of France separating into smaller states, when that happens. 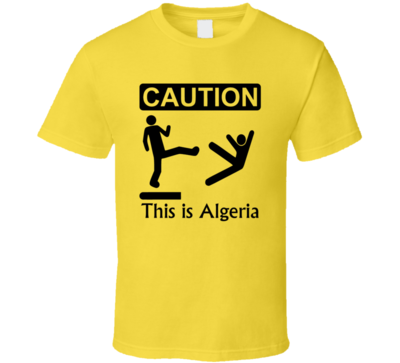 Likewise, Britain has always stood close by the United States, not just for a common language, but also because the United States is a colonial frontier that some British imagine protecting them as a nation. The lesson of Algeria, and every single other colonial attempt that involved occupying the land of a surviving indigenous population, should be heeded by Britain and other countries.

There is no magic way to steal land long term, unless the original owners are thoroughly exterminated. There is no secret future harmony that can be reached between parasite and host, unless one dies. Trying to develop the disease further, through proxy colonizers is like trying to improve a losing bet by doubling it.

A colonizer today can imagine they have all sorts of new tools available to them. The latest colonial fad tool is the "we are all one humanity" nonsense. In some indigenous areas people are being educated to imagine "today is different", "nowadays things are clearer, or better", "the world is globalized and race doesn't matter", ‘race is just a construct’ etc. etc. This stupidity is very attractive to young melting pot people, but those who fall into that trap are consumed no matter how much pleasant noise they make.

At some point common sense in colonial issues will reign.

Citizens of countries, their politicians, etc will eventually yield to common sense and start making efforts to re indigenize areas that have been colonized.

There is no need to continue into the meat grinder, but if history is any guide, it will be repeated.

Below is some history copied from Wikipedia.

"On the pretext of a slight to their consul, the French invaded Algeria in 1830.... the conquest was violent, marked by a "scorched earth" policy designed to reduce the power of the native rulers, the Dey, including massacres, mass rapes, and other atrocities. Between 500,000 and 1,000,000, from approximately 3 million Algerians, were killed within the first three decades of the conquest."

"In 1834, Algeria became a French military colony and was subsequently declared by the constitution of 1848 to be an integral part of France and divided into three departments: Alger, Oran and Constantine. Many French and other Europeans (Spanish, Italians, Maltese, and others) later settled in Algeria."

"The Algerian War... was fought between France and the Algerian National Liberation Front ... from 1954 to 1962, which led to Algeria gaining its independence from France. An important decolonization war, it was a complex conflict characterized by guerrilla warfare, maquis fighting, and the use of torture."

"The brutality of the methods employed by the French forces failed to win hearts and minds in Algeria, alienated support in metropolitan France and discredited French prestige abroad."

"The planned French withdrawal led to a state crisis. This included various assassination attempts on de Gaulle as well as some attempts at military coups. Most of the former were carried out by the Organisation armée secrète (OAS), an underground organization formed mainly from French military personnel supporting a French Algeria, which committed a large number of bombings and murders both in Algeria and in the homeland to stop the planned independence."

"Upon independence in 1962, 900,000 European-Algerians (Pieds-noirs) fled to France within a few months in fear of the FLN's revenge. The French government was totally unprepared for the vast number of refugees, which caused turmoil in France. The majority of Algerian Muslims who had worked for the French were disarmed and left behind as the treaty between French and Algerian authorities declared that no actions could be taken against them. However, the Harkis in particular, having served as auxiliaries with the French army, were regarded as traitors and many were murdered by the FLN or by lynch-mobs, often after being abducted and tortured. About 90,000 managed to flee to France, some with help from their French officers acting against orders, and as of 2016 they and their descendants form a significant part of the Algerian-French population."