Beyond a Reasonable Doubt

The easiest way to prove Esar Met was not the killer is simply to prove he left the apartment complex before the last time Hser Ner Moo was seen, which was either 130pm or 215pm according to the prosecution, which did not present any evidence, nor witnesses, supporting their view of when he left.

Esar Met had an alibi which put him far away from the apartment complex long before Hser Ner Moo went missing. There were witnesses who knew the truth.

Did the defense lawyers have them testify?

Lots of witnesses testified regarding when Hser Ner Moo was last seen, that is discussed on other pages here, but only one person was asked about when Esar Met left.

When did he really leave?

His friend testified that he left in the morning, which excludes him from being the killer, if true.

Shortly after that testimony, and after the jury left, the prosecutor added something.

Esar Met himself was strongly discouraged from testifying by the judge and by his defense lawyers, but in his presentence statement he also said he left in the morning to visit other family members, who were not called to testify, then he went to his uncle's house. If that is true then there is no way he could have been the killer unless he returned mid day which is unlikely.

He said he visited specific family members who had arrived in the U.S. just about that time, and listened to CDs with them, and he went to his girlfriend's house then in the afternoon to his aunt and uncle's.

It would have been very easy to prove whether Esar Met's friend, the friend's mother, and Esar Met was telling the truth, but the defense did not.

If those three people are telling the truth then it is physically impossible for him to have been the killer.

Below are a few of the evidentiary items which also exclude Esar Met from being the killer. 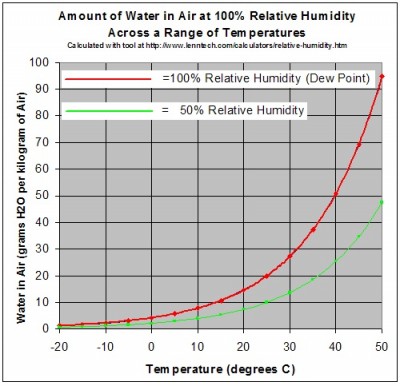 Not too many details were publicized by Utah media about this because it was such a problem for the prosecution. The first people to find the body saw it completely wet, hair, clothes, skin, all washed shortly before, and drops of water on the side of the shower still.

A crime scene technician took some photographs at 130 in the morning, in other words 6 hours after the body was found.

The bathroom door, and the adjacent furnace room door, were both slightly ajar, and it was early April so humidity was low. Once the body was discovered, the front door was left open and cold air flowed into the house and down to the basement, where it would slowly warm, lowering the humidity further.

Even after several more hours the clothing was still wet enough it had to be dried before it could be kept as evidence.

Somebody had washed the body long after he had left.

There is a huge jump/drop in the amount of moisture the air can hold, depending on the temperature, but her body was 98.2 F when she was alive and according to the prosecution there was only a short window of time between when she disappeared and when the last bus he could have taken left. At the very least, her head would have dried within an hour or so if she had been alive shortly before being washed.

There is not a lot of information about how 'ajar' the bathroom and furnace room doors were, but the furnace had a visible flame so it likely consumed some air from inside.

Also, four people living in an apartment that size, if they each spend 12 hours a day inside, would require a fair amount of fresh air exchanged from outside. If the apartment was roughly 1,000 square feet, or roughly 6,000 cubic feet, it would be noticeably stuffy unless about 1,000 cubic feet of air was exchanged per day, and that air would have flowed down to the basement first because of the outside temperature.

The only way to be sure is to test the exact place under similar conditions, but the wetness of the body and clothes raised enough doubt that a substantial amount of time at the trial was spent discussing it.

News media in Utah did not report the full extent of flaws in the DNA evidence.

News media in Utah reported that there was one sample that contained a mixture of DNA from the victim and roommate #1.

Actually there were a few.

Additional DNA problems in this case are listed on other pages, but this item is sufficient to indicate that the actual DNA evidence, relevant to the crime, points to another person.

Roommate #1 lived in Burma during a period of heavy civil wars and significant pressure, from inside and outside his group, not to mix with other groups. The killer did several things which point to the killing having been motivated by the 'importance' of drawing a line between ethnicities i.e., discouraging younger people from associating with competing groups.

He was the same person who found the blood on the back of the jacket.

He was also the person who revised the DNA results regarding exclusions and inclusions involving Hser Ner Moo and Esar Met.

The onset and progression of rigor mortis is extremely variable, but there is enough information to exclude Esar Met to a high degree of certainty.

The medical examiner stated that Hser Ner Moo could have died as early as about the time Esar Met left, and as late as the afternoon she was found. He received the body some time around 5am on day 3.

a) Young and old people go through rigor more quickly.

c) Rigor is sped up in warm environments. The house was occupied by people from Burma, for whom 'comfortable' was quite a bit warmer than for most people in the U.S. Notice that in Esar Met's sentencing statement he said that the jail was extremely cold. It was probably 70 degrees Fahrenheit or so.

Once the body was found, the door to the apartment was open for a while as various technicians and others came and went. The outside temperature was 43 degrees F when the body was found and about 31 degrees F when the medical examiner took the body. There were no doors between the main entry door and the downstairs, so each time the front door opened, cold air would flow to where the body was. When the medical examiner arrived he estimated the downstairs was about 60 Fahrenheit degrees. So from death until rigor i.e., after the body was found, temperature was probably in the mid 70s Fahrenheit.

d) The victim was clutching some hairs in her right hand, which suggests the possibility of what the medical examiner called a cadaveric spasm which is the sudden, almost immediate, onset of rigor.

e) Whether rigor began suddenly or slowly, it would have reached the point where it was, when the body was found, between one hour and 6 hours roughly.

The fact that the body was still in full rigor at 5am the next morning points to a later onset, i.e., a later death, around the late afternoon of Day 2. This, and other evidence, points to the girl having been severely injured for a while as searchers were looking for her, then 'finished off', placed in the shower, and washed.

Notice that in Esar Met's statement at sentencing he recounted the initial facts of his interview before he was pressured to confess, but he added one interesting point, saying that he had left the apartment in the morning, and giving the reasons why he left.

During the interview, he started by telling the truth. Then, suddenly the interpreter asked out of the blue "What happened when she came to your house on Monday?".

She probably had not been to his house in a few days, and her last visit was the one he recounted under pressure.