Terraforming is the process of modifying a planet so it is habitable for things that live on earth.

Earth has reached the point where melting pots are degrading rapidly, and the choice is between extinction through new kinds of violence, or expansion into previously hostile territory.

In ‘archetypal’ or ‘symbolic’ terms, earth is like any of the consolidated tribes in human history which reached the point of either expanding at great cost or degrading until they were consumed. Except the next step will add another layer of depth to the expansion, in other words where ‘melting pots’ imitated indigenous societies, and other predecessors, to expand, the ‘consolidated melting pot’ will imitate melting pots, indigenous societies and other predecessors.

Nature neither favors nor hinders humans in their expansion, not as tribes expanding on the planet and not as a species expanding further.

If humans go extinct through silliness it will be less than a brief moment, in cosmic terms, until another species is ready to try. 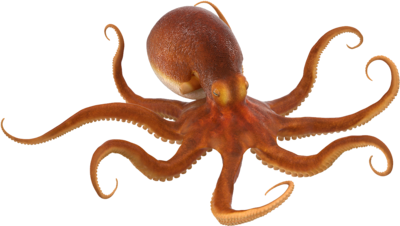 It may well be that in the future, octopi will go to schools where they study global warming, human extinction, and other important variables in octopus evolution, as they develop the technology to create vast oceans on other planets and terraform them with lobsters and shrimp and snails and other octopus food.

At some point soon it will be possible to send groups of people to live on artificial, largely self sufficient, vessels which orbit the sun in the same direction as the earth.

These vessels will be able to recycle a lot of things, but not everything. It might be necessary to add 10 kilos of outside material every year per person.

At some point entire planets will be made into places where earth creatures can live without adding anything,

The basic process will probably start by first developing two organisms which are symbiotic and which can live on the planet, then pushing whatever evolves between them in an ‘earth like’ direction.

When two symbiotic organisms have no competition and ‘unlimited’ space they, i.e., their descendants, start to evolve quickly, but their evolutionary forks only split as far back as the two organisms split unless there is outside interference.

So if you develop a symbiotic fungus and bacteria that can live on Mars or Venus, and you drop them on opposing poles, eventually they will meet at places determined by geographical features, climate, etc and start forming colonies which will evolve quickly into whatever species are exactly appropriate for that geographic spot, but without recognizing any direct influence from life forms which preceded the split. So they will evolve in very different directions than they would on earth.

These colonies may not all be pleasant to earth creatures though. If the initial colonizers create a new bacteria which spews sulphuric acid when it encounters plant fibers from earth it might cause problems. So terraforming will be the process of influencing evolution on the planet in such a way that it can be used as a parallel planet to earth in some ways.

A solution might be to find the microbes whose symbiosis led to animals developing, i.e. bacteria which contribute mitochondria to some organism which does not, in a symbiotic way.