This is a scenario still playing out, which will influence all fiat, i.e., melting pot, societies.

The rate of extinctions of indigenous societies can be looked at numerically or as 'a percentage of remaining societies', the latter being sort of the 'log scale' equivalent, a way to see a bigger picture. 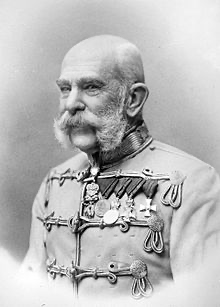 Numerically the rate of indigenous extinctions has been more or less steady. In the United States there has been, on average, one tribal extinction every few years, a number consistent throughout colonial history. In most other countries the rate has been similar, maybe slower, but steady.

In terms of 'remaining societies' though, the rate of extinctions has been accelerating dramatically. The current rate is obviously not sustainable. If it were to continue another 20 years there would be virtually no viable non melting pot societies in the world, and in 50 years the world would be one giant melting pot with one dominant society.

There has been a progressive shift in recent decades towards 'tolerance' of indigenous societies. Melting potters see their food slowly disappearing and now there is a cleverness about how and who will get the final scraps.

For example 'country a' has developed an interest in 'protecting' the ethnic population of 'country b', while 'country b' has the same concerns about the victim societies in 'country a'.

Digital currency networks, cryptocurrencies minus their flawed cryptography, offer a possible escape/survival scenario for indigenous societies, but only to the extent they are used by people in melting pots who support tribal survival, whether for moral reasons or because they see the long term danger of eliminating homogenous tribes.

This might not be catastrophic if it were a minor resource involved, but the digital economy is steps away from developing into artificial intelligence networks. These networks, whether centered in fiat or tribal ambitions, will weaponize economies and lead to a huge increase in local power. The fiat calculation, in defiance of the most basic common sense, seems to be that it is a power that melting potters should control. It's analogous to saying melting potters should control the diversity of flora in remote tribal areas, or saying a wealthy person should 'guide' the diet of a poor person through force. The fiat powers will come up with all sorts of justifications for this hijacking, centered on the notion that they are acting benevolently, but the truth is that it is one more step in the fiat competition over the remaining tribal entities. The ‘Paradigms’ page gives a clue as to why tribal societies must be preserved.

Here is a rough guess as to how it will play out.

China is currently both the dominant melting pot and the most centralized major melting pot. It has an overwhelming advantage going forward.

As fiat melting pots, China is number one and India is number two. These are the two fiat nationalist melting pots that can sustain themselves for the longest period by simply increasing centralization. This doesn't necessarily mean using overt force to chip away at indigenous societies, but that is what usually happens.

Unfortunately, technology is at a point where a military advantage could quickly be developed by any indigenous society and that leads melting pots to focus their appetite for technology on countermeasures to that threat, such as surveillance technologies, using the pretext of 'terrorism' or 'controlling crime'. Aside from being a horrendous misdirection of science, this leads to a further diffusion of responsibility among populations, as described in the 'Global Idiot' archetype, a slow poisoning of the inhabitants of melting pots.

The short term results of fiat cooperation to hijack the digital economy will probably be a) acceleration of the fracturing of Europe, including the United States which is an extension of European influence, and b) a consolidation of blocs in Latin America and Asia along the lines of economic influence, and c) the preparations for 'consolidation' of the remaining isolated indigenous societies i.e., their extinction. This last step is likely to be an interesting progression of ever more elaborate 'progressive protections' for isolated groups that ends, simply, in their extinction.