One of the narratives of some more vocal 'U.S. Nationalist' groups is that the Americas were not stolen, they were conquered.

Mottos like "Stolen Not Conquered" or "Not Stolen Conquered” are a try at selectively reliving the past.

There is no doubt that conquest was the goal for many Europeans who arrived in the Americas. But those were only some of the arrivals. Others belonged to groups who were persecuted in Europe, and part of the tradition these arrivals brought from Europe was a politeness and respect for the indigenous populations, similar to a person who visits another person's house and follows certain rules, like not stealing from their host, etc.

Aside from the 'civilization' issues that these modern 'conquerors' miss, there is a bigger problem for them.

Conquest is basically theft legitimized under a flag, but wars of conquest were common in history and still go on today.

Later, as groups became more civilized, wars of plunder or conquest would have dissidents among the attackers. Some people would say 'it might not be wise at this point to expand through conquest or enrich through plunder'.

Gradually, in modern history, a new trend developed. The trend of dissolved empires and poisoned colonialism. Countries would try to relive the glory of ancient human history, but as civilization progressed, more and more of these attempts fail.

Today, with mass weapons available to anybody, and other factors, not only are long term occupations of conquered territory becoming more difficult, they are becoming impractical and unprofitable, unwise.

The winning stance today, across ideologies and regions, is 'we negotiate fairly, or we both die'.

People or groups who want to try to profit from history by expanding on their mistakes, and who do not even see the implicit 'negotiate fairly or die' modern context are a danger to themselves.

In the old testament, advice is given on how to conquer a land.

The basic advice is 'Destroy everything that is alive'. 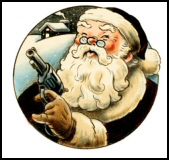 “This is what the Lord Almighty says... ‘Now go and strike Amalek and devote to destruction all that they have. Do not spare them, but kill both man and woman, child and infant, ox and sheep, camel and donkey.’” (1 Samuel 15:3)

When a land is conquered and there is something living left over, that living remnant will live only to sabotage what conquered it. There may be assimilation of sorts, but as long as there is a conquering element assimilating a conquered element, the former will decay due to unseen effects from the latter.

So for a primitive society that meets another primitive society the two smart choices are a thorough conquering, complete elimination of one or the other, or, a detente in which no conquering, no taking of space from the other, occurs. Some early societies developed mechanisms for detente, ways that two societies would have a balanced tension that was of more benefit than war. History is full of complicated techniques two cultures use to avoid war and destructive assimilation.

In the modern world now, things are different.

Human beings are poised to travel to outer space and it is a close call whether this will develop fast enough to handle the stress of so many people.

This, combined with the fact that most people in developed countries are descended from two or more groups that in old times were distant, or enemies, has led to it being impossible to deliberately eliminate a group to take their land. The more a group conquers now the more it breeds saboteurs within its own society.

There are still places where it is tried. On Youtube you can watch videos of soldiers in some countries going into areas where another group lives and killing all of the inhabitants, including women, children and animals. It is part of human nature to conquer a neighboring group that way. But once a group is not homogeneous, or also once they are motivated for whatever reason to developing sciences, acting beyond immediate daily survival interests, it becomes wiser to pursue detente with other groups, even at a high price. At this point countries and groups that want to 'eliminate' another group are forced to weaken themselves.

When a society has already conquered some groups, and has itself survived that process long enough to realize that there is a price to be paid, it is in a difficult position.

Should it revert to archaic tactics and 'finish the job'? Aside from not benefiting the conqueror, it becomes too difficult. If, for example, the United States were to decide to utterly eliminate Native Americans e.g. have police go door to door, round them up and kill them down to the last individual, there would always be some 'liberals' or 'enemies of the state' who would make things difficult and guarantee failure. There would always be some hiding place available to the few who managed to avoid their end. So it would start as a misguided effort and end in a failure.

So then what should it do? There is not an easy answer. Different countries handle that issue differently. In the United States the basic power structure remains the same, but the 'promise' of fair treatment is necessarily being replaced by a more elaborately constructed illusion of fair treatment. Not generally because of any sense of fair play, but rather as a matter of necessity for the conquerors.

In other words there is a gradual sense developing in previously conquered people that they are still alive and not entirely conquered yet, and colonizer cultures are starting to perceive that.

This sense is slow to develop for reasons that have been studied in many different ways. One example is the hypnotizing of a chicken.

There are several versions of this. One involves holding a chicken firmly so it cannot move, then once it concedes that it cannot move you can release it, and it will not move. Other variations may be more complicated or interesting. https://en.wikipedia.org/wiki/Chicken_hypnotism