This is in the Weltanschauung section because it is one of the cores of the melting pot effort to eliminate indigenous power and sovereignty. Tribes are first forked into a 'surrendered' faction which can be slowly assimilated and a 'Native' faction which is slowly exterminated.

Today rapid extermination is not politically possible in most places, so the focus is on drawing out the process while making sure surviving tribes do not ever have any sovereign land in which to seek safety for their culture. Modern melting pots will do everything an indigenous people might want, except let them have the safety of their own land.

The more they surrender the more they will get. Casinos, reservations, tax credits, health care. But the melting pot will not 'give' them their land back, because then they would have a chance of surviving as a distinct group, as opposed to surviving as terminal 'theme park cultures' within a melting pot.

Australia for many years had policies designed to reduce the numbers of non Europeans. This involved everything from a 'White Australia' policy https://en.wikipedia.org/wiki/White_Australia_policy to large scale murder campaigns against any indigenous tribes which had been living there before Europeans arrived.

British colonizers were as aggressive in conquering Australia as Europeans were in North America. 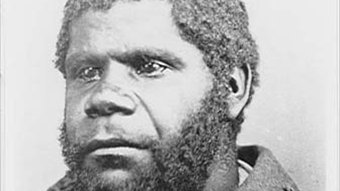 That of course casts the current governing infrastructure in a negative light, so an obvious whitewash proceeded to paint the elimination of Tasmanian culture as a fiction, something which never happened. 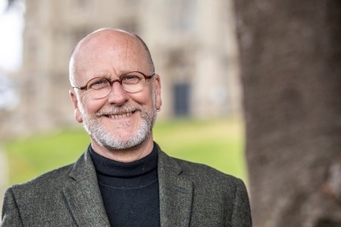 Even the Wikipedia page tries to clean up the history https://en.wikipedia.org/wiki/Aboriginal_Tasmanians but anybody can research.

The one on the left died a long time ago.

The other is the author of the first article on that Wikipedia page used to present the case that Tasmanians are not extinct. He, the man on the right, wonders in the article about the implications of 'his' group being called extinct, and about the 'new' Western paradigm imposed on indigenous people like him. It is a Saturday Night Live sketch come to life.

He, the man on the right, says "How might Aboriginal identity manifest itself in Palawa people, when we have been officially pronounced as extinct? What is the nature of Tasmanian Aboriginal knowledge, and how can we consider it within our new Western paradigmatic setting?"

The man on the left cannot argue, he is dead.

People are slyly goaded into going along with the fiction by Orwellian suggestions that it would be disrespectful to the victims to not play along.

Here is a documentary which shows how fast the assimilation process can happen.

In that case there are still full blooded aboriginals on Mainland Australia, but their culture is almost finished. Tasmania is roughly 100 miles from mainland Australia.

The U.S., for example, has lots of 'indigenous Americans' who speak only English, are fully industrialized, and have minimal connection to any of their own cultural history. Every now and then one, or a few, will make a hard break back to their original culture, but it necessarily is done on U.S. ground in a U.S. context, because there is not any real Native sovereign ground in North America.

So, for most U.S. citizens, indigenous Americans are just a potential breakaway group within the melting pot.

A few hundred years ago it was different.

When Europeans were initially trying to colonize the Americas they were dealing with people who were completely foreign to them. The European strategy was the same strategy that has been used by countless conquerors throughout history.

a) Start with overwhelming military power.

b) Destroy local spiritual traditions and replace them with Christianity which, along with Islam, is a generic 'conquered culture' religion in most countries.

d) Once there are no original tribal remnants then begin 'assimilation by default''.

The Americas still have a few genuine tribal remnants, in fact even a few healthy tribes in remote regions.

If you look through remote parts of Latin America you will find some tribes which still have their full culture, language etc. These tribes are aggressively targeted by European interests in the Americas, as they have been for 500 years.

For a long time the U.S. directly encouraged extermination of tribal people in Latin America. Then it was done under disguise of drug wars or 'terrorism'. Today the completeness of most new world tribes is broken and 'European interests' are making a mad dash to consolidate gains. But there are a few tribes which have remote holdouts and could recover.

An injured tribe can follow one of two paths.

The United States has a few tribal remnants, small isolated tribal groups, which still speak their own language and discourage interaction with outsiders.

These people though have relatives in 'frontier towns' who are on the fast path to assimilation.

The United States has, in the past, had as its goal to kill those remote tribal holdouts. Now, in the 20th and 21st century, killing them causes political problems of course. So other means are used with the focus on using their melting potted connections to partially assimilate them.

Once a tribe has forked into a) an original tribal group, and b) a melting potted sub group, it is the level of outside civilization which determines how things end.

So far there are no places in the world where complete tribal societies are utterly left sovereign, but a few countries have taken small steps in that direction. France prohibits outsiders from interacting with non industrialized tribals in some of its territories, for example. India likewise with the Sentinalese etc. Of course those few remaining groups will be consumed eventually unless they are given appropriate weapons when necessary.

Is there something of value which non industrialized tribals have? Or are they 'useless animals' until they are trained to industrialize, commercialize etc?

An isolated tribal group will always have some technology, but it will never reach the level of the melting pot which has consumed thousands of tribal groups and taken parts of their 'conquered' technologies.

Isolated tribal people always have a unique 'worldview', and that is something that has empowered melting pots for a long time. Once a melting pot hits a wall in terms of development it only has to conquer and consume another tribal group, and it will have a fresh source of energy to expand its own 'worldview', however briefly until it needs fresh blood again.

Once a tribal entity, or part of a tribal entity, has had its roots stripped from it, it becomes the leading edge of the melting pot. An excellent example is https://nosafespaces.com/, a film which tries to sell industrialization simply because, it tries to say, there is nothing else. It picks battles it can easily win, but loses.

Soviet communism, for Westerners, was  an attempt to force the world into a single melting pot. Very few people understood it was the same simple colonialism i.e., part of the global melting pot. The 'nouveau progressiveness' of films like that is exactly the same thing as Soviet communism 100 years ago. People misusing various skills to try to seize a 'worldview high ground' which does not exist. A false utopia.

One of many examples in that film, at 00:22:50 the speaker says no country has ever had the level of free speech that the U.S. has. Aside from being silly, in the U.S., like anywhere, you can speak freely as long as you don't cross the wrong line, he doesn't point out that the issue of free speech is a melting pot issue. The existence of 'free speech' issues is entirely a function of the power of a melting pot. Every melting pot has more 'x', i.e., free speech or any other virtue, than any other melting pot. The U.S. of course has more money relative to other melting pots and that money provides space for liberties.

A homogenous society has no reason to comment on 'free speech' because there is no assimilation going on, there is no reason to stifle another person's speech. It would be like fish claiming they have more water than other fish, it would make no sense. A country like the United States claims free speech specifically because it does not have it, and most people do not even understand that. The 'free speech law' becomes a tool to control speech, to 'guide the savages'.

Exactly as with early Soviet communism, there are two very distinct sides, a new polarity which hides the real agenda of consolidating two different kinds of stupidity.

The flaw in logic can be understood as being under the 'Zipper' archetype on the Schizophrenia page. Both sides have a valid point, but the conflict is not in validity, it is in the fact of two developmental stages conflicting. Like Soviet communism, it is clearly a collection of trivial issues being built into ideologies. The net effect or 'hidden agenda' is to empower one's own artificial group, on both sides, while weakening outside groups e.g. tribal interests.

The incredible irony is a movie called "No Safe Spaces" using a developmental smokescreen to consolidate a melting pot against tribal interests. Using animals as an analogy for developmental stages, it's like building a society around whether hay is good food, as horses believe, or wood is good food, as termites believe. It is only the enforced stupidity within melting pots which lets such stupidity escalate into ideologies.