As offensive as the destruction of indigenous sciences is the attempt to coopt or hijack them into subsets of melting pot science. This always occurs with a fake aura of 'look how we are trying to respect you even though we conquered you and control you.'

The subtext is 'You are a conquered people without sovereignty, but as long as you remain obedient we will value what we take from you.'

A lot of things have been lost already to cultures extinguished.

Language almost always has a key part in communicating the substance of local sciences, and the information typically becomes unavailable when the language is lost, it no longer transfers to new people.

Each culture develops its own sciences when it is isolated.

Many people are aware of some examples from popular culture. Here are a few.

The Tibetan people are naturally isolated by high mountains and have developed many complicated sciences around the effects of sounds, including syllables. Their study has created a vast body of information that only a few outsiders have studied, e.g. Anagarika Govinda. This is a well known example because that group also was popular with western political interests and tourists as Asia became more accessible to the west.

The people of the Marshall Islands developed a way to identify faraway land masses by looking at waves. They navigated using this sense, but exactly how they do it isn't clear. Their history, like the Tibetans', is one of bouncing between competing political interests who are willing to sacrifice them for some "greater cause" that involves benefiting one outside group against another.

The Marshallese are also known for their chants. Only twice in my life have I heard a chant that was unusually powerful. Once was a monk on the Ganges river, the other was a Marshallese islander. There is no comparable 'popular music' equivalent.

There are many examples of things that we know have been lost, but which sciences were lost that we don't know about? 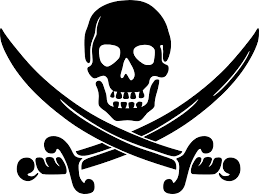 Both of these languages, Tibetan and Marshallese, still exist, but the groups have been forced into retreat by stronger military powers.

This has resulted in the cultures starting a retreat towards assimilation which involves eliminating or hiding their sciences. In other words they 'surrender', they assimilate, but they return any treasures they had to nature so smarter people in the future, people who study history, will learn something. It is sort of like some animals that, when faced with capture, will perform elaborate acts that appear spontaneous but whose purpose is to distract the attacker from something else the animal is guarding. 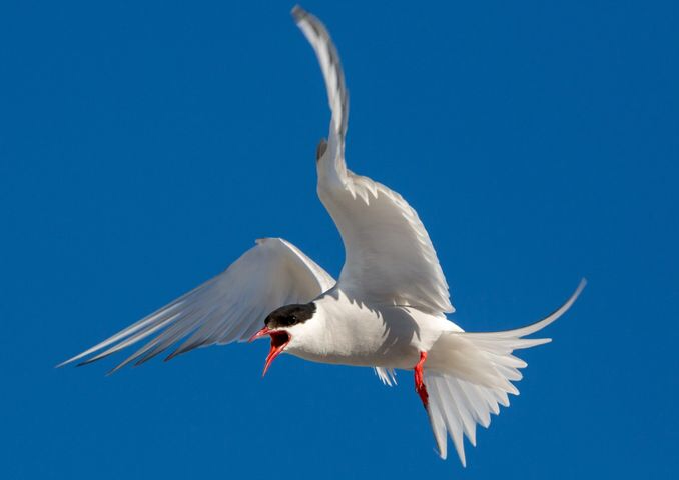 The platypus is an animal that has diverged a bit from most mammals, many of its recent ancestors' descendants are extinct.

It is interesting on a number of accounts. It lays eggs, which most mammals do not. It also has a developed electromagnetic sense, which is unusual in mammals.

Senses can be qualified by their complexity. For example, there are worms that can sense between hot and cold. That is a basic +/- sense, it has two variables. Something or some direction is either colder or hotter.

If you put the various senses available to creatures, seeing, hearing, etc on a spectrum, hot vs cold would be at the simpler end of the spectrum and developed electromagnetic senses near the other extreme. Hearing and seeing would be in the middle.

Development of an electromagnetic sense can be deduced as having been rapid in those mammals, and as having a significant effect on their survivability. They developed complex collections of neurons in a short time, specialized to that sense's use.

Humans, likewise, develop comparable features or senses when isolated. The existence of developing senses can be deduced in isolated populations.

There are Australian aborigines for example who can be deduced to have access to a sense, in very recent history, that is not accessible to other humans. That sense will only live if that nearly extinct group of aboriginals survives as an isolated population. The island of Australia, which has produced both animals and humans with unusual characteristics is not alone in that, in fact such unusual valuable things can disappear, or be found, all around the world.

Unfortunately for melting potters, Darwin and DNA are among their worst enemies.

When a group has evolved, or has started to evolve, a unique adaptive ability or sense, and that group then 'loses' to a conqueror or colonial group, that adaptation becomes recessive.

This fact can be not only deduced through common sense, but observed indirectly in animals and human groups. In fact it is one of the things at the core of evolution.

You do not see an even gap between species that diverge. In other words the various animals, or amphibians, or frogs, or bullfrogs that exist do not create a smooth overlap. The bullfrog will evolve in such a way as to fill its entire niche, and subgroups will evolve to fill a new niche. Once a subgroup has differentiated there is typically a geographic range within which it can adapt. For example it can breed with another member of the subgroup within 50 miles say, but not one 500 miles away. The one 500 miles away likewise.

If you were to take the bullfrog and breed it with another bullfrog 50 miles away, and take one 50 miles away and breed it with one 100 miles away, on and on until you had 'merged' the geographic diversity back into one species, and then 'compete' that 'unified' species with the various subgroups, it would lead to something like the current human situation. The smaller subgroups that survive isolated will have a long term advantage if they survive, but the 'melting pot bullfrogs' have a short term advantage in genetic diversity etc.

Every species has a paradoxical line between 'beneficial genetic diversity' and 'terminal diversity'. For example mixing a horse and donkey creates a mule or hinny, terminal diversity, but mixing a horse of one breed with a horse of another breed usually increases genetic strength and gives the offspring new diversity, for the reason that horse populations are not that high. Horses went extinct in North America and there is not some massive reservoir of wild horses somewhere sufficient for them to evolve adequately on their own. Their species has basically been 'conquered' and their evolution managed according to what creates a cute horse or a fast horse or whatever.

Likewise, the evolution of a horse and donkey, their divergence from a common ancestor, created a certain distance between them. That distance was such that although they can produce offspring, 'some' factor in nature discourages it. Likewise in the other direction, two horses or donkeys that are two closely related can produce offspring but nature discourages it, in that case with often crippling mutations.

Those are the extremes, but what about human diversity?

Humans that are a mix of several differentiated groups i.e., melting pot humans, have advantages and disadvantages. They have greater genetic diversity, but a resistance to developing any of the 'undeveloped' or 'pending' adaptations their pre melting pot forbears almost had.

Because the first genetic contact with most 'isolated tribes' takes the form of rape, there is initially a heavy mix of male 'colonizer' and female 'colonized' added to the gene pool. These children will have a dominant female gene that discourages a beneficial mutation, in other words something like a recessive genetic disease that will appear among descendants of two such females, whether  those descendants are male or female. When the other half starts, colonizer females mating with colonized males, the pattern is cemented.

Here is an example of that chart from Wikipedia.

However suppose that at the evolutionary moment that trait developed in part of the population, the moment that 'an original blood type' diverged into two or more ABO types, that human group with the nascent ABO types attacked, or was attacked by, another group.

This would increase the divergence and eventually lead to either a) only one surviving species or b) two distinct species. Because the two groups compete for a similar niche, of course only one usually survives, but potentially if both survived it would increase divergence and lead to the ABO group having an advantage in environments where ABO is advantageous, and the other group likewise in a non ABO environment.

For contrast look at the sections on neoteny and regeneration at https://en.m.wikipedia.org/wiki/Axolotl

So, back to modern humans, there are a) melting pot mixes, which are now resistant to any number of adaptations that were developing, i.e., the more distant the new DNA the more problematic for the melting pot, and b) many isolated human groups which had begun the process of divergence.

The main calculation, in practical terms, should be 'how much space is there?' In other words if humans were a population with permanently limited space then it would be best to favor the most adaptive subgroup and shred the other groups, including the melting potters.

Humans are on the verge of space travel though, and there is a possibility of 'living space' increasing dramatically soon.

So the best calculation involves a) the best option to increase the success of space travel and b) if space travel does increase living space the best decision to preserve the divergences that have begun over the past tens of thousands of years, in other words to maintain the isolation of tribes, while also maintaining the 'melting potters' as a separate federating divergence.

The first issue 'the best option to increase the success of space travel' favors geographic isolation of indigenous groups on earth, and continued separation by group in space, though there should be a federating 'melting pot' population too. That is discussed elsewhere on this website. This has to do with how best to develop sciences, and involves things like the diversity of paradigms that evolve with geographic isolation of groups, as relates to artificial intelligence etc.

The second issue, how to 'preserve the divergences that have begun over the past tens of thousands of years' is something for a sci fi website. It would involve letting each subgroup evolve adaptations for space. Indigenous groups that have been isolated evolve fastest, and maybe they could be used as genetic reservoirs for traits necessary in some aspect of space travel. As mentioned above though, that would have to not occur as an unbalanced type genetic attack e.g. colonizing rape, but rather in some way that transferred the nascent new genes to the 'melting pot'. At the same time, the Frankenstein genetic manipulation mentality of scientists today would have to be avoided. The solution would probably be some variation of monogamous coupling within an environment that favored the development of the trait.